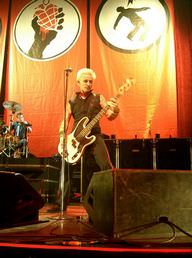 Mike Dirnt is an American bassist who is one of the founding members Sweet Children – the band that would later become Green Day – since high school.  And as Green Day has risen in popularity so has his personal fame.

As of 2020 he has won countless awards as a part of Green Day, including 5 Grammys, 3 AMAs and 13 MTV Video Music Awards (including Japan).

In 2015 he co-founded an organic-coffee company with his Green Day bandmates called Oakland Coffee Works.

His stage name is actually derived from a high school nickname which mimics the sound a guitar makes.

Mike Dirnt is known to be a big fan of the “Star Wars” movie franchise.

He was raised by an adoptee mother and didn’t meet his biological mother until shortly before she passed away. 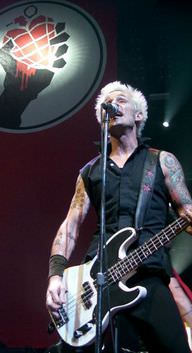 Mike's birthday is in 96 days

He was born in Rodeo, California, U.S..