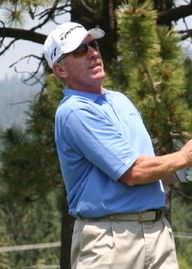 Mike Schmidt is a popular former American baseball player who played for the Philadelphia Phillies.

Mike Schmidt was born to Joseph Jack Schmidt and Lois Jane Phillips. After graduating from Fairview High School in Dayton in Ohio, he proceeded to Ohio University in Athens County, Ohio.

Before he became a professional baseball player, he took the Ohio Bobcats baseball team to the College World Series in 1970. A year later, he was enlisted by the Phillies. He played for their minor league for some time before graduating to the major league in 1972. Initially, he had difficulties in hitting during his first seasons. By 1974, he had overcome those challenges and become consistent as a batter.

Mike Schmidt played for the Phillies his entire career. He again served as a hitting coach for the Phillies. In 2004, he managed The ClearWater Threshers for some time and resigned. He was also a third-base coach during the World Baseball Classics for Team USA.

Mike Schmidt was named “The Player of the Decade” in the 1980s by The Sporting News.

In 1990, he was inducted as a member of the Philadelphia Baseball Wall of Fame.

The Ohio-born baseball player was inducted into the Peter J. McGovern Little League Museum’s Hall of Excellence in 1991.

He was voted into the National Baseball Hall of Fame in 1995 with a voting percentage of 96.52%.

Mike Schmidt was placed number 28 on The Sporting News 1999 list of the 100 Greatest Baseball Players.

He was honored with a statue in 2004 in Citizens Bank Park. He was honored as one of the Phillies “Franchise Four” in 2015. The three other players were Robin Roberts, Steve Carlton, and Richie Ashburn.

Schmidt tied the knot with Donna Wightman in 1973. The pair have two children.

In 2014, he disclosed to the public that he was battling with stage 3 melanoma cancer.