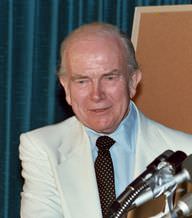 Milton Caniff was one of the best comic strips designers of his era. As a result of his impressive works, he earned a number of awards, including the Elzie Segar Award from the National Cartoonists Society in 1971.

He grew up in Hillsboro, Ohio. Caniff graduated from Stivers High School and Ohio State University.

“Terry and the Pirates”& Other Works

After graduating from school, the American cartoonist started to work with other cartoonists like Dudley Fisher. His career progression was curtailed at the onset of the Great Depression, which resulted in him being laid off from work. The young cartoonist then moved to New York City, where he was by the Associated Press. He would go on to design his first comic strip titled “Dickie Dare ''.

His other notable works are “Steve Canyon”, “The Gay Thirties”, “Male Call” and “Dragon Lady”.

Milton Caniff has been presented with other awards such as the Gold Key and the Lifetime Achievement Award.

In 1988, he was inducted into the Will Eisner Comic Book Hall of Fame.

Caniff was a co-founder of the National Cartoonists Society and also served as its president for some time.

His work has been an inspiration to many comic writers, especially Frank Robbins, Lee Elias and Bob Kane.

Milton's birthday is in 89 days

How old was Milton when he died?

Milton Caniff would be 115 years old if he was alive today.

Where was Milton from?

He was born in Hillsboro, Ohio, U.S..