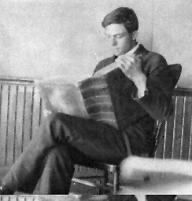 Milton Hyland Erickson was a brilliant 20th-century American psychologist and psychiatrist specializing in family therapy and medical hypnosis. He was widely considered the father of “Modern Clinical Hypnosis” and was the founder of the “American Society for Clinical Hypnosis.”

He was born in Aurum, Nevada. However, he lived in Wisconsin throughout his childhood. He had dyslexia, color blindness and tone-deaf as a child. Additionally, at age 17, he was diagnosed with Polio, which left him partially paralyzed and with lifelong disabilities. However, he described his unfortunate predicament as a situation that helped him focus on specific aspects of behavior and communication that were overlooked for centuries.

He was an alumnus of the University of Wisconsin, earning graduate degrees in medicine and psychology.

He is well known for his profound studies of incorporating metaphor and storytelling into his novel hypnosis techniques and therapeutic sessions. Additionally, he is notable for his influence on several therapeutic studies, including “family systems therapy”, “brief therapy”, “neuro-linguistic programming” and “brief focused therapy.” The psychologist founded the “American Society for Clinical Hypnosis” in 1957.

He was married to Elizabeth Moore and they had eight children together – four daughters and four sons.

Milton's birthday is in 66 days

How old was Milton when he died?

Milton H. Erickson would be 120 years old if he was alive today.

Where was Milton from?