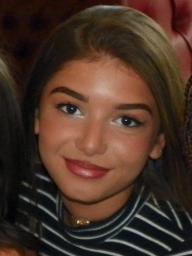 Mimi Keene is a British actress. She is famed for playing the character of Cindy Williams in the soap opera titled “EastEnders”. She also played the role of Ruby Matthews in the television series named “Sex Education”. She has appeared in movies such as “Tolkien” and “Close”. Her voice was used in the video game named “Castlevania: Lords of Shadow - Mirror of Fate”.

On Fathers’ Day, she shared a picture with her father on her Instagram page with the handle mimikeene3.

She studied at the Italia Conti Academy of Theatre Arts.

Mimi's birthday is in 304 days

Where is Mimi from?

She was born in England, UK.