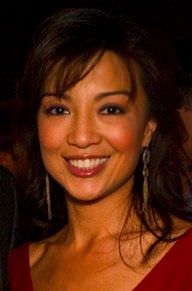 She is a Chinese-American actress, who is most prominent for the part she played in ABC's American television series, "Agents of S.H.I.E.L.D." – she played the role of Melinda May. Ming Na is also known for her inclusion in the 1998 animated film, "Mulan" where she voiced the titular character.

Her mother, Lin Chan Wen was a nurse while her stepfather, Soo Lim Yee was a businessman. Her siblings are Jonathan and Leong Yee. She was in a matrimonial relationship with Kirk Aanes between 1990 and 1993. In 1995, she got married to Eric Zee. Cooper and American TV actress, Michaela Zee are her children.

She received the "Outstanding Achievement in Voice Acting, Female" for her work in "Mulan" at the 1998 Annie Awards. The same work earned her the "Best Family Actress" at the 1999 OFTA Film Awards.

She got nominated for the "Outstanding Performance by an Ensemble in a Drama" for her appearance in "ER" at the 2001 Screen Actors Guild Awards.

She picked up a nomination for the "Favorite Actress in a New TV Series" at the 2014 People's Choice Awards.

She is fluent in English, Cantonese and Mandarin.

She is a product of Carnegie Mellon University in 1986.

Ming Na is a famous Chinese-American actress, who was born on November 20, 1963. As a person born on this date, Ming Na is listed in our database as the 50th most popular celebrity for the day (November 20) and the 161st most popular for the year (1963).

People born on November 20 fall under the Zodiac sign of Scorpio, the Scorpion. Ming Na is the 1460th most popular Scorpio.

Aside from information specific to Ming Na's birthday, Ming Na is the 5th most famous Chinese-American.

In general, Ming Na ranks as the 17051st most popular famous person, and the 2069th most popular actress of all time. “The Famous Birthdays” catalogs over 25,000 famous people, everyone, from actors to actresses to singers to tiktok stars, from serial killers to chefs to scientists to youtubers and more. If you're curious to see who was born on your birthday, you can use our database to find out who, what, where, when and why. You can search by birthday, birthplace, claim to fame or any other information by typing in the search box, or simply browse our site by selecting the month, the day, the horoscope, or any other clickable option.