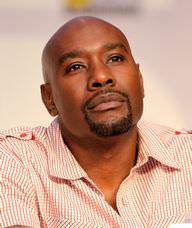 Morris L. Chestnut is a popular American actor best known for portraying Ricky in the 1991 film, Boyz in the Hood, and for his role as FBI Agent Will Keaton in NBC series, The Enemy Within.

He was born to mother, Shirley Chestnut and father, Morris Chestnut Sr. He got married to Pam Bryce-Chestnut in 1995. His children include; Grant and Paige Chestnut.

Due to his performance in The Best Man (1999), he won a nomination for the NAACP Image Award.

In 2015, People magazine named him as one of the “Sexiest Men Alive”.

He got nominated for the "Outstanding Actor in a Motion Picture" at the Image Awards in 2000.

Morris Chestnut got selected for the "Network/Cable - Best Actor" at the 2002 Black Reel Awards.

He won the "Best Ensemble Cast" at the 2014 Hollywood Awards.

The seasoned actor also picked up the "Outstanding Supporting Actor in a Comedy Series" at the 2014 Image Awards.

He got nominated for the "Best Actor" at the 2014 Hollywood Awards.

He was born on New Year's Day.

In order to play the role of professional football player Lance Sullivan in The Best Man Holiday, he underwent fitness training, which inspired him to co-author Obi Obadike.

His first main-screen appearance was on "Freddy's Nightmares - A Nightmare on Elm Street: The Series", where he acted as "Jason".

Nigerian politician, 1st head of state of Nigeria|President of Nigeria

Morris' birthday is in 332 days

Where is Morris from?

He was born in Cerritos, California, U.S..