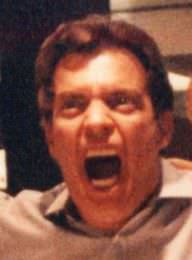 Morton Downey Jr. was an American star who gained fame through his work as a talk host. He was also popular as an actor. He became especially famous during the late 1980s for his highly controversial talk show dubbed “The Morton Downey Jr. Show”.

He worked as a talk show host at the Sacramento-based radio station KFBK. He was, however, dismissed in 1984.

He was raised in a family of popular showbiz personalities. Barbara Bennett, his mother, was a stage and film actress. His dad, Morton Downey, gained fame as a singer during the 1920s and 1930s.

Famous actress, Joan Bennett was his aunt. His grandfather was Richard Bennett, a legendary personality in the movie industry. His grandmother, Adrienne Morrison, was an actress.

He gave birth to four children and was married four times. His last marriage was to Lori Krebs, whom he married in 1993 and remained with her until his death in 2001.

He died from lung cancer. He was first diagnosed with the illness in the summer of 1996.

Downey was a product of New York University.

In the early years of his career, Downey worked as a DJ. He also delved into music and released a couple of songs. He wrote a few hit songs and became a member of ASCAP.

In 1990 he starred, as Tony Pope, in the action film “Predator 2”. That same year, he played the role of Horton Rivers in an episode of the TV series “Tales from the Crypt”.

Before he died, he strongly advocated against smoking.

How old was Morton Downey Jr. when he died?

Morton Downey Jr. would be 89 years old if he was alive today.

Where was Morton Downey Jr. from?

People born on December 9 fall under the Zodiac sign of Sagittarius, the Archer. Morton Downey Jr. is the 1264th most popular Sagittarius.

In general, Morton Downey Jr. ranks as the 17655th most popular famous person of all time. “The Famous Birthdays” catalogs over 40,000 famous people, everyone, from actors to actresses to singers to tiktok stars, from serial killers to chefs to scientists to youtubers and more. If you're curious to see who was born on your birthday, you can use our database to find out who, what, where, when and why. You can search by birthday, birthplace, claim to fame or any other information by typing in the search box, or simply browse our site by selecting the month, the day, the horoscope, or any other clickable option.