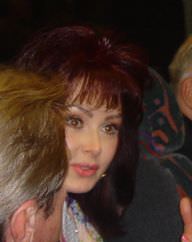 Naomi Judd, officially known as Diana Ellen Judd, began her singing career in the 1980s. Since then she has been a top personality in the music industry.

She and her daughter formed an award-winning singing group known as “The Judds”. The American country singer has recorded lots of hits singles with the group with some titled:

She studied nursing at California's College of Marin.

Under the RCA Nashville/Curb record label, she released her debut studio album in 1984 which she named “Why Not Me”.

In 2007, she published a book titled “, "Naomi's Guide to Aging Gratefully: Facts, Myths and Good News for Boomers".

At a stage in her career, she was named as one of the ambassadors for Big Kmart.

In 1991, “The Judds” band came to an end when she was diagnosed with Hepatitis C.

For many people, managing pain involves using prescription medicine in combination with complementary techniques like physical therapy, acupuncture, yoga and massage. I appreciate this because I truly believe medical care should address the person as a whole - their mind, body, and spirit.Naomi Judd

I'm not just a big-haired redhead country singer who dresses flamboyantly, has this wicked sense of humor and wears rhinestones.Naomi Judd

It's so important for those living with chronic pain to establish good communication with both their healthcare professionals and caregivers. Clear communication about pain is vital to receiving proper diagnosis and effective treatment.Naomi Judd

They're trying to tell us that we're not right, so we have to buy their products. The number one cause of mental illness is not knowing who you are and you can't know who you are if you don't spend time honoring yourself, and living in the present.Naomi Judd

Your body hears everything your mind says.Naomi Judd

Naomi's birthday is in 160 days

Where is Naomi from?

She was born in Ashland, Kentucky, U.S..

Naomi Judd is a famous American singer-songwriter, who was born on January 11, 1946. As a person born on this date, Naomi Judd is listed in our database as the 23rd most popular celebrity for the day (January 11) and the 82nd most popular for the year (1946).

People born on January 11 fall under the Zodiac sign of Capricorn, the Sea Goat. Naomi Judd is the 805th most popular Capricorn.

Aside from information specific to Naomi Judd's birthday, Naomi Judd is the 7929th most famous American and ranks 5th in famous people born in Ashland, Kentucky, U.S.

In general, Naomi Judd ranks as the 12901st most popular famous person, and the 1362nd most popular singer of all time. “The Famous Birthdays” catalogs over 40,000 famous people, everyone, from actors to actresses to singers to tiktok stars, from serial killers to chefs to scientists to youtubers and more. If you're curious to see who was born on your birthday, you can use our database to find out who, what, where, when and why. You can search by birthday, birthplace, claim to fame or any other information by typing in the search box, or simply browse our site by selecting the month, the day, the horoscope, or any other clickable option.