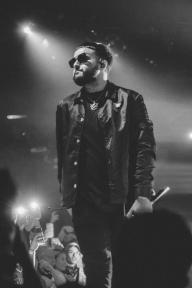 Navraj Singh Goraya, popularly recognized as Nav, is a Canadian rapper, record producer and a songwriter. He garnered attention for his track titled "Myself" which was featured on his eponymous debut mixtape.

In the year 2018, he came out with his debut album entitled “Reckless” followed by his second album dubbed “Bad Habits” which was released in March, the following year.

He has collaborated with top artists such as Travis Scott and The Weeknd.

Where is Nav from?

He was born in Canada.