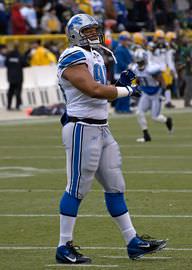 Ndamukong Suh joined the NFL in 2010 when he was drafted by the Detroit Lions. The American football star, who is mostly deployed as a defensive end, has played for other notable teams in the league, which include Miami Dolphins, Los Angeles Rams, and Tampa Bay Buccaneers. He helped the latter to win the Super Bowl in 2021.

He developed the love for sports while he was a student at Grant High School. He later attended the University of Nebraska–Lincoln where he played for their football team.

Below are some of Ndamukong Suh’s numerous awards:

In 2015, he became the top-paid defensive footballer in the history of the league

Ndamukong Suh's birthday is in 101 days

Where is Ndamukong Suh from?

He was born in Portland, Oregon, U.S..