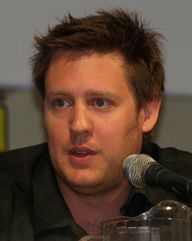 Meeting South African actor Sharito Copley at 16 years old may have been the best thing to happen to Neill Blomkamp’s then-aspiration to be a filmmaker. The South African-Canadian director, screenwriter, producer and animator has come to be known for his documentary-style productions, which employ a blend of natural and realistic-looking computer-generated imagery.

He is recognized best for his work as a co-writer and the director of the film “District 9”, which starred Copley. His other well-known works include “Elysium” and “Chappie”.

He was raised in Johannesburg, South Africa until the age of 18 when he relocated to Vancouver, Canada with his family. He has been married to screenwriter Terri Tatchell, with whom he co-wrote “District 9”.

He has been the recipient of a Bradbury Award, a VES Award and the Cannes Lions 2008 Grand Prix. He has also been nominated for an Oscar and Golden Globe Award.

Neill's birthday is in 294 days

Where is Neill from?

He was born in Johannesburg, South Africa.