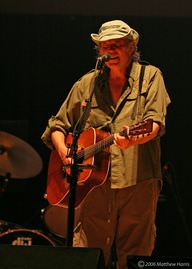 Neil Young is a Canadian singer and songwriter. He is best known for his solo career, as well as his albums with the bands Buffalo Springfield and Crosby, Stills & Nash.

His nickname is "The Godfather of Grunge".

He has directed many films with the the pseudonym Bernard Shakey.

He has been inducted into the Rock and Roll Hall of Fame 2 times, first as a solo artist and then as a member of Buffalo Springfield. He is regarded as one of the greatest songwriters of all time.

He has won 2 Grammy Awards and 7 Juno Awards.

He has been married twice in the past and he has 3 children, 2 of which have cerebral palsy. He has been a longtime advocate for the small farmers' rights. 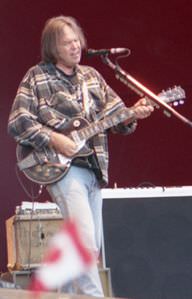 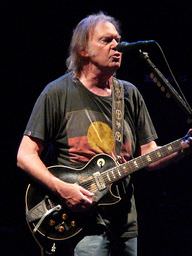 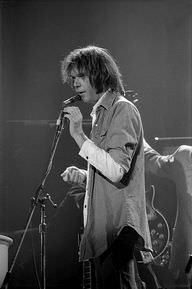 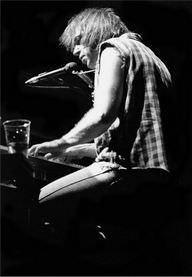 Back then people closed their eyes and listened to music. Today there's a lot of images that go with the music. A lot of music is crap and it's all commercial and the images are all trying to sell the record.Neil Young

Commitments are one of the worst things to have in the music business. They're very annoying.Neil Young

I don't like to be labeled, to be anything. I've made the mistake before myself of labeling my music, but it's counter-productive.Neil Young

I don't like war. I particularly don't like the celebration of war, which I think the administration is a little bit guilty of.Neil Young

I have so many opinions about everything it just comes out during my music. It's a battle for me. I try not to be preachy. That's a real danger.Neil Young

I just do what I do. I like to make music.Neil Young

I think I'm going to be making country records for as long as I can see into the future. It's much more down-home and real.Neil Young

I'm not into organized religion. I'm into believing in a higher source of creation, realizing we're all just part of nature.Neil Young

It's cool to go places where working people are happy.Neil Young

My music isn't anything but me. It has jazz in it, and rock'n'roll, and it has an urgency to it.Neil Young

One new feature or fresh take can change everything.Neil Young

The '60s was one of the first times the power of music was used by a generation to bind them together.Neil Young

The thing about my music is, there really is no point.Neil Young

Neil's birthday is in 130 days

Where is Neil from?

He was born in Toronto, Ontario, Canada.