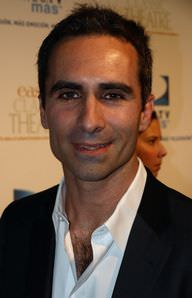 Nestor Carbonell is an American actor, screenwriter and director. He made his screen debut in a 1989 episode of the television series, “As the World Turns”. He would go on to become famous through his portrayal of Luis Rivera in the television sitcom, “Suddenly Susan” from 1996 to 2000. His other popular roles include Sheriff Alex Romero in “Bates Motel” and Richard Alpert in “Lost”.

He is the son of Rosa Ramírez de Arellano Cárdenas and Néstor Tulio Carbonell Cortina, both of whom are Cubans. He lived in Caracas, London, Mexico City and the Bahamas growing up as a result of his father’s work as a PepsiCo employee. He has two children with Australian actress Shannon Kenny, his wife since 2001.

His performance in “Suddenly Susan” won him two ALMA Awards.

He directed 2 episodes of “The Good Doctor”.

Nestor Carbonell's birthday is on December 1, 1967.

Nestor's birthday is in 305 days

Where is Nestor from?