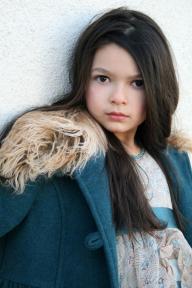 Sofia Nicole Hahn, known professionally as Niki Hahn, is an American actress. She began to receive guest-starring role offers for television series about three years after she had entered the modeling industry as a commercial child model.

Hahn has also made appearances in the film’s “We Have Your Husband”, “Matchmaker Santa” and “Wizards of Waverly Place: Alex vs Alex”.

Her mother’s name is Alma Hahn.

Nikki's birthday is in 282 days

Where is Nikki from?

She was born in San Antonio, Texas, U.S..