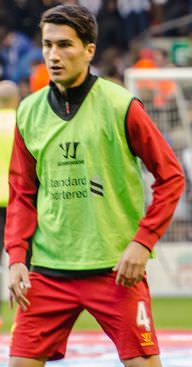 Nuri Şahin is a Turkish professional footballer known for his excellent career with the German club Borussia Dortmund, with whom he won several trophies including the 2010-11 Bundesliga title. In addition to his successful career with Dortmund, he is known for his career with other big clubs such as Real Madrid and Liverpool. He joined the Turkey national football team in 2005 and represented Turkey at the UEFA Euro 2016 tournament.

In addition to his native language Turkish, he speaks several other languages including English, Spanish and German.

Nuri's birthday is in 334 days

Where is Nuri from?

He was born in Lüdenscheid, West Germany.

What is Nuri Şahin's height?