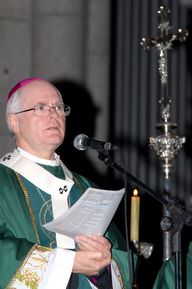 He is the son of Francisca and Edwino Scherer.

He speaks a number of languages, including English, French and German.

He is strongly against abortion.

Odilo's birthday is in 358 days

Where is Odilo from?

He was born in Cerro Largo, Rio Grande do Sul, Brazil.