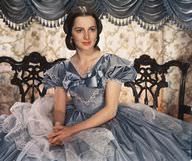 Olivia de Havilland (Olivia Mary de Havilland) was a British-American actress. She starred in many classic films and she was a sex symbol in the 40's. Before her death, she was the oldest living actor to have won an Academy Award. For several decades she was the only surviving cast member of the 1939 film, "Gone With the Wind".

Some of the popular works of de Havilland's cinematic career include "The Adventures of Robin", "To Each His Own", "The Private Lives of Elizabeth and Essex", and "The Heiress".

She was married twice – her first marriage was to a screenwriter named, Marcus Goodrich – their union spanned between 1946 and 1953. They had a son, Benjamin Goodrich, in September 1949.

From 1955 to 1979 she was married to Pierre Galante. Their union produced a daughter named, Gisèle Galante – she was born in 1956.

Her dad was a renowned patent attorney named, Walter de Havilland. Her mother, Lilian Fontaine, was very active in the movie industry. And her junior sister, Joan Fontaine (1917 to 2013),  was also a popular award-winning actress.

In 2008, she was honored with the National Medal of Arts by former US president, George W. Bush.

She was born in Tokyo, Japan! She was affectionately known as “Livvie”. 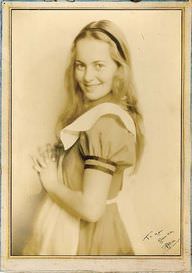 Title
Update: "Olivia de Havilland is the person. “Alice” from a stage production of Alice in Wonderland, believed to be from her 1933 stage debut. This is believed to be the 1933 production staged by the Saratoga (Calif.) Community Players, the play in which the teenage De Havilland made her acting debut."
Author
Alice Japan
Source
http://commons.wikimedia.org/wiki/File:Olivia_De_Haviland_1933.jpg
License
Public domain 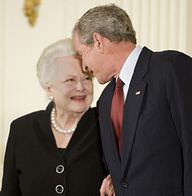 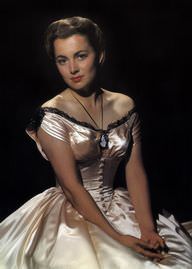 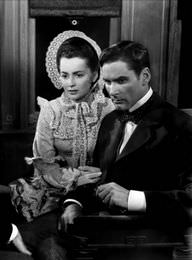 Famous people feel that they must perpetually be on the crest of the wave, not realising that it is against all the rules of life. You can't be on top all the time, it isn't natural.Olivia de Havilland

How old was Olivia de Havilland when she died?

Olivia de Havilland would be 105 years old if she was alive today.

Where was Olivia de Havilland from?

She was born in Tokyo, Japan.

People born on July 1 fall under the Zodiac sign of Cancer, the Crab. Olivia de Havilland is the 458th most popular Cancer.

In general, Olivia de Havilland ranks as the 5419th most popular famous person, and the 671st most popular actress of all time. “The Famous Birthdays” catalogs over 40,000 famous people, everyone, from actors to actresses to singers to tiktok stars, from serial killers to chefs to scientists to youtubers and more. If you're curious to see who was born on your birthday, you can use our database to find out who, what, where, when and why. You can search by birthday, birthplace, claim to fame or any other information by typing in the search box, or simply browse our site by selecting the month, the day, the horoscope, or any other clickable option.