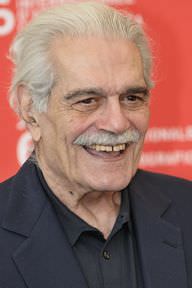 In 1955, he married acclaimed actress Faten Hamama, with whom he had a son named Tarek Sharif. After the marriage ended in divorce in 1974, he never got married again.

Throughout his career, he won numerous awards, including a César Award and three Golden Globe Awards.

His romantic affair with American singer and actress Barbara Streisand almost made him lose his Egyptian citizenship simply because of Streisand's Jewish background and her support for Israel.

He read his mind. He's a strange sort of man, isn't he? It's not just the advice and the wisdom that he has.Omar Sharif

The reason it has relevance is because I, as a popular Arab personality - the Arab people like me and respect me - thought it was time for me to make an ever so tiny statement about what I thought about this whole thing.Omar Sharif

Omar's birthday is in 278 days

How old was Omar when he died?

Omar Sharif would be 90 years old if he was alive today.

Where was Omar from?

He was born in Alexandria, Egypt.