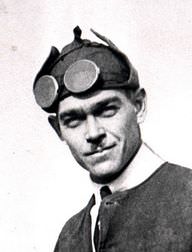 Ormer Locklear attracted recognition from moviegoers due to his legendary performance in the drama movie "The Great Air Robbery" of 1919. In addition, he is well known for his parts in other well-known movies like "The Skywayman."

Aside from his fame through acting, Locklear was also noted for his work as a flying instructor.

He was married to Ruby Graves.

He worked as a carpenter at a point in his life.

The actor had a romantic relationship with fellow screen star Viola Dana.

The movie star and pilot lost his life in a plane crash.

Ormer Locklear's birthday is in 267 days

How old was Ormer Locklear when he died?

Ormer Locklear would be 131 years old if he was alive today.

Where was Ormer Locklear from?

He was born in Greenville, Texas, U.S..