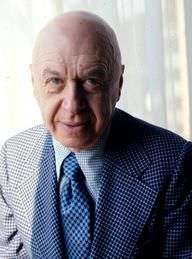 Otto Ludwig Preminger, popularly known as "Otto the Terrible," was an accomplished Austrian-American theatrical and cinema director who was widely regarded as one of Hollywood's most significant and influential filmmakers.

He mostly dealt with mystery stories as well as films based on best-selling books. He aspired to be a lawyer as a child, motivated by his father, a prominent public prosecutor but later developed a love for the theatre during his teen years and began directing plays and subsequently pursuing a career on Broadway.

In 1944, he cemented his reputation as a successful filmmaker directing the famous film noir “Laura”. After leaving the theater, he went on to direct over 35 films such as "In the Meantime, Darling", "Centennial Summer", "The Moon Is Blue", and "Hurry Sundown" throughout a five-decade career.

He was born to Markus Preminger, and Josefa Preminger

He was educated at the University of Vienna.

He also had notable parts in several films such as "Margin for Error", "Bunny Lake Is Missing", and "They Got Me Covered".

He held a law degree.

He died as a result of lung cancer.

Otto's birthday is in 10 days

How old was Otto when he died?

Otto Preminger would be 116 years old if he was alive today.

Where was Otto from?

He was born in Vienna, Austria-Hungary.