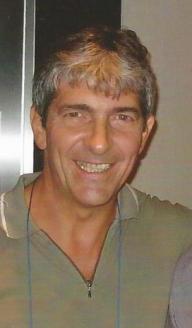 Rossi, who mostly featured as a forward, was adjudged the tournament’s top scorer – he scored six goals for his nation. His distinguished efforts during the competition also earned him the Golden Ball award.

His goal scoring prowess, at club level, saw him top the scoring charts in the Italian Serie B and Serie A in 1977 and 1978, respectively. As such, he became the first player, in Italy, to achieve such a feat in consecutive seasons.

He joined Juventus in 1981 and played an influential role in helping the lift the Serie A title in 1982 and 9184. With the club, he won other championships including the Coppa Italia in 1983 and the UEFA Super Cup, the following year.

After he hanged his boots, Rossi took up roles as a football pundit for a number of prominent sports TV channels including Sky Sports and Rai Sport.

He was married to Federica Cappelletti and had children namely Sofia, Maria, Alessandro Rossi.

Rossi’s illustrious football career saw him receive numerous accolades including the Ballon d'Or in 1982. He was honored with the “Golden Foot” award in 2007. And in 2016, he became an inductee of the “Italian Football Hall of Fame”.

He played alongside fellow football icons such as Michel Platini and Dino Zoff.

He played 48 games for the Italian national team and scored 20 goals.

Paolo's birthday is in 334 days

How old was Paolo when he died?

Paolo Rossi would be 65 years old if he was alive today.

Where was Paolo from?

He was born in Prato, Italy.

What was Paolo Rossi's height?

People born on September 23 fall under the Zodiac sign of Libra, the Scales. Paolo Rossi is the 2071st most popular Libra.

Aside from information specific to Paolo Rossi's birthday, Paolo Rossi is the 274th most famous Italian.

In general, Paolo Rossi ranks as the 24940th most popular famous person, and the 804th most popular soccer player of all time. “The Famous Birthdays” catalogs over 40,000 famous people, everyone, from actors to actresses to singers to tiktok stars, from serial killers to chefs to scientists to youtubers and more. If you're curious to see who was born on your birthday, you can use our database to find out who, what, where, when and why. You can search by birthday, birthplace, claim to fame or any other information by typing in the search box, or simply browse our site by selecting the month, the day, the horoscope, or any other clickable option.