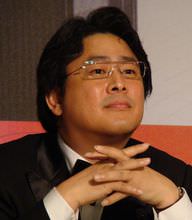 Described as one of the top movie directors from South Korea, Park Chan-wook is respected for his behind-the-scene work in the movie named “Joint Security Area”. Some of his numerous works include:

He got married to Kim Eun-Hee at a stage in his life.

He graduated from the Sogang University where he read philosophy.

He developed the love for filmmaking after watching the movie titled “Vertigo”.

He has worked with some prominent actors and actresses like Lee Byung-hun and Lee Young-ae.

Park Chan-wook's birthday is in 327 days

Where is Park Chan-wook from?

He was born in Seoul, South Korea.