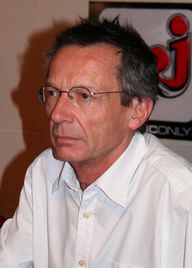 Patrice Leconte is a renowned film director, actor as well as a screenwriter from France. He started making films as early as 15 years old. He has been a cartoonist for a French magazine called Pilote. As director, he worked on his debut film in 1976 in “Les vécés étaient fermés de l'intérieur”.

He was educated at Institut des hautes études cinématographiques.

He has been married to Agnès Béraud. He fathers two children called Alice Leconte and Marie Leconte.

He is one of the most decorated film directors with over 25 awards and more than 75 nominations.

Patrice's birthday is in 339 days

Where is Patrice from?

He was born in Paris, France.