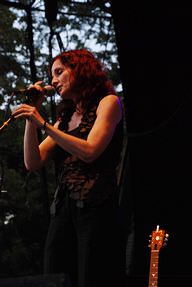 Patricia Griffin got her start as a professional singer after she was discovered by a rep from A&M Records during a performance at a coffee house in Boston in the mid-1990s.

Her debut album, “Living with Ghosts” was released in 1996 under the label. Specializing in the folk, Americana, gospel, country folk, folk rock and alt-country genres, she has had her songs covered by the likes of Kelly Clarkson, Emmylou Harris and Rory Block.

She was the last of the seven children of Lawrence and Lorraine Griffin. She was married to Nick Cobb from 1988 to 1994.

The American dark fantasy drama television series, “Supernatural” featured her song “Go Wherever You Wanna Go” in a 2015 episode.

Patty's birthday is in 109 days

Where is Patty from?