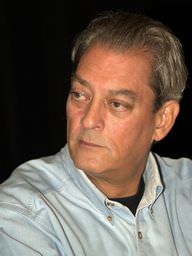 Paul Auster is a well-known American writer and director whose work combines existentialist and absurdist themes with crime fiction. He is well-known for a variety of writings including "The New York Trilogy", "The Book of Illusions" and "Winter Journal". His works have been translated into more than 40 different languages.

From 1974 to 1979 he was married to renowned novelist Lydia Davis. He married poet Siri Hustvedt in 1982. He has two children named Sophie Auster and Daniel Auster.

He is of Polish descent.

He penned down the script for “The Inner Life of Martin Frost”, which was released in 2007.