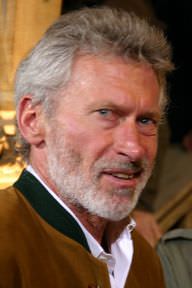 A former German football player with natural skill, Paul Breitner is regarded as one of the game's all-time greats. He performed the roles of a left defender and a midfielder.

Breitner developed an early passion for football and worked hard to become one of the most well-liked athletes in the country. Breitner was agile and gifted with exceptional stamina. During his amateur career, he played for SV-DJK Kolbermoor and ESV Freilassing, which laid the stage for his illustrious future career.

With Bayern Munich, he made his professional debut in 1970. Breitner continued playing for successful clubs, including Real Madrid and Eintracht Braunschweig. He played an important role for Germany's national football team from 1971 to 1982, representing them in several international games, including those in the 1974 FIFA World Cup. He began working as a journalist, pundit, and commentator when he retired.

He was a member of the German under – 23 squad.

Paul's birthday is in 343 days

He was born in Kolbermoor, West Germany.

What is Paul Breitner's height?