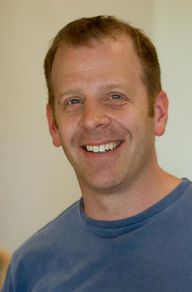 When Paul Lieberstein relocated to Los Angeles in search of opportunities in Hollywood in the early 1990s, he had his first job as a writer for one episode of the Nickelodeon teen sitcom, “Clarissa Explains It All” in 1992.

He continued to write for television until 1998, when he got his chance to debut as a producer for the animated sitcom, “King of the Hill”.

He has since come to be known for his work on the mockumentary sitcom series, “The Office” as a writer, executive producer, and actor who portrayed Toby Flenderson.

His parents’ names are Stanley and Judith Lieberstein. He was raised in Westport, Connecticut. He is the brother of writer and producer Warren Lieberstein. His sister, Susanne has served as YouTube Premium’s programming president.

In 2008, he married Janine Serafin Poreba, his second wife.

Paul's birthday is in 85 days

He was born in Westport, Connecticut, U.S..

People born on February 22 fall under the Zodiac sign of Pisces, the Fish. Paul Lieberstein is the 1194th most popular Pisces.

In general, Paul Lieberstein ranks as the 16077th most popular famous person of all time. “The Famous Birthdays” catalogs over 40,000 famous people, everyone, from actors to actresses to singers to tiktok stars, from serial killers to chefs to scientists to youtubers and more. If you're curious to see who was born on your birthday, you can use our database to find out who, what, where, when and why. You can search by birthday, birthplace, claim to fame or any other information by typing in the search box, or simply browse our site by selecting the month, the day, the horoscope, or any other clickable option.