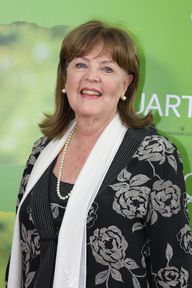 Pauline Collins is an English actress famed for playing characters such as Sarah Moffat in the BAFTA Award-winning television drama series Upstairs, Downstairs and its popular spinoff Thomas & Sarah and Shirley Valentine-Bradshaw in the famous Willy Russell play Shirley Valentine.

She and actor John Alderton tied the knot in 1969. The marriage produced three children. Prior to her marriage to John, she mothered a child with actor Tony Rohr.

For her performance in the play Shirley Valentine, she won among other awards a BAFTA Award and a Golden Apple Award.

In 2001, she was appointed OBE (Officer of the Order of the British Empire) for her services to drama.

She gave her first child Louise up for adoption because she was too poor to take care of the child. She had Louise with actor Tony Rohr.

Pauline Collins' birthday is on September 3, 1940.

Pauline's birthday is in 340 days

Where is Pauline from?

She was born in Exmouth, Devon, England, UK.