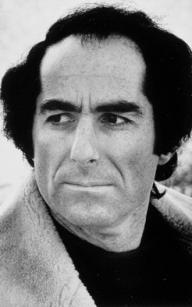 He was an American novelist and short-story writer, who is noted for his autobiographic character. His fictional works' settings are always depicted around his birth place, Newark, New Jersey.

Philip Roth earned massive recognition in 1959 with the novella, "Goodbye, Columbus". Due to his amazing works over the years, he was sometimes referred to as one of the most-awarded American writers of his generation.

He was born into a Jewish family, who were noted to be second-generation Americans. His father’s name is, Herman Roth – he was an insurance broker. His mother was Bess Roth.

He is noted to have a brother named Sanford Roth. He got married to Margaret Martinson in 1959, and they both stayed married for about four years, before their divorce in 1963. In 1968, Margaret died in a car crash. In 1990, he got married to English stage actress, Patricia Blume, professionally known as "Claire Bloom". Their marriage spanned for about five years, before their union ended in 1995.

He won the Pulitzer Prize for Fiction in 1998.

He was awarded the International Booker Prize in 2011.

He picked up the Ambassador Book Award for Fiction in 1999.

He was an atheist.

He was known as a comedian while in school.

Margaret was the inspiration behind some female characters in several of his novels including; Maureen Tarnopol in "My Life as a Man" and Lucy Nelson in "When She Was Good".

Literature isn't a moral beauty contest. Its power arises from the authority and audacity with which the impersonation is pulled off the belief it inspires is what counts.Philip Roth

Obviously the facts are never just coming at you but are incorporated by an imagination that is formed by your previous experience. Memories of the past are not memories of facts but memories of your imaginings of the facts.Philip Roth

People are unjust to anger - it can be enlivening and a lot of fun.Philip Roth

Philip Roth was a famous American author, who was born on March 19, 1933. As a person born on this date, Philip Roth is listed in our database as the 95th most popular celebrity for the day (March 19) and the 151st most popular for the year (1933).

People born on March 19 fall under the Zodiac sign of Pisces, the Fish. Philip Roth is the 2942nd most popular Pisces.

Aside from information specific to Philip Roth's birthday, Philip Roth is the 17548th most famous American and ranks 56th in famous people born in Newark, New Jersey, U.S.

In general, Philip Roth ranks as the 35247th most popular famous person, and the 829th most popular author / writer / novelist / playwright of all time. “The Famous Birthdays” catalogs over 25,000 famous people, everyone, from actors to actresses to singers to tiktok stars, from serial killers to chefs to scientists to youtubers and more. If you're curious to see who was born on your birthday, you can use our database to find out who, what, where, when and why. You can search by birthday, birthplace, claim to fame or any other information by typing in the search box, or simply browse our site by selecting the month, the day, the horoscope, or any other clickable option.