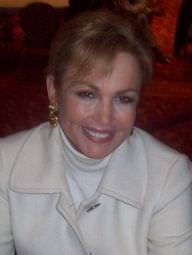 Phyllis George was an American businesswoman, sportscaster, author and beauty queen whose initial claim to fame was in the latter regard. However, as the years progressed she ventured successfully into the other fields and in regards of sports casting career, she is highly considered a pioneer for women in that field.

Her parents’ names are James George and Diantha Cogdell.

From 1979 to 1998 she was married to John Y. Brown, who was the Governor of Kentucky. And they had two children, Lincoln Tyler Brown and Pamela Ashley Brown.

In 1970 she won the “Miss Texas” beauty pageant, and the following year she was named “Miss America”.

Shortly thereafter she served as a sportscaster for the NFL. This was truly revolutionary not only due to her limited experience in that field but also because back in those days women didn’t traditionally serve as sportscasters.

She later went on to co-host other shows such as “Candid Camera” and “CBS Morning News”.

She founded two businesses, one dealing in chicken fillets (Chicken by George) and the other beauty (Phyllis George Beauty). And in 1991, in relation to the former enterprise, George was declared Celebrity Women Business Owner of the Year by the National Association of Women Business Owners.

Being married to John Y. Brown during his governorship, she actually served as the First Lady of Kentucky from 1979 to 1983.

Additionally, she co-authored a number of books, primarily on the subject of crafts.

She passed away due to a blood disorder.

Some of the prominent personalities the George had an opportunity to interview includes ex-American president and politician, Bill Clinton.

Crafts make us feel rooted, give us a sense of belonging and connect us with our history. Our ancestors used to create these crafts out of necessity, and now we do them for fun, to make money and to express ourselves.Phyllis George

Phyllis' birthday is in 335 days

How old was Phyllis when she died?

Phyllis George would be 72 years old if she was alive today.

Where was Phyllis from?

Phyllis George was a famous American businesswoman, who was born on June 25, 1949. As a person born on this date, Phyllis George is listed in our database as the 67th most popular celebrity for the day (June 25) and the 191st most popular for the year (1949).

People born on June 25 fall under the Zodiac sign of Cancer, the Crab. Phyllis George is the 2730th most popular Cancer.

Aside from information specific to Phyllis George's birthday, Phyllis George is the 14549th most famous American and ranks 5th in famous people born in Denton, Texas, U.S.

In general, Phyllis George ranks as the 26446th most popular famous person, and the 196th most popular businessman / businesswoman of all time. “The Famous Birthdays” catalogs over 40,000 famous people, everyone, from actors to actresses to singers to tiktok stars, from serial killers to chefs to scientists to youtubers and more. If you're curious to see who was born on your birthday, you can use our database to find out who, what, where, when and why. You can search by birthday, birthplace, claim to fame or any other information by typing in the search box, or simply browse our site by selecting the month, the day, the horoscope, or any other clickable option.