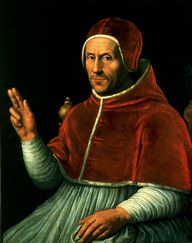 Born Adrian Florenszoon Boeyens and later becoming Pope Adrian VI, he was the general ruler of the Papal States and Pope of the Catholic Church from January 9, 1522, to September 14, 1523.

Adrian is a native of the Episcopal principality of Utrecht. He enrolled in the University of Leuven and became a theology professor in the school. In addition, he also held the position of vice chancellor for a while.

In 1507 he was a tutor, an emissary, and a regent of Charles V, the Holy Roman Emperor. Charles V then made Adrian the bishop of Tortosa in 1516. He was later appointed as the Grand Inquisitor of Aragon and Castile.

In 1517, Pope Leo X made Adrian a Catholic Cardinal. However, after Pope Leo’s death, Adrian was elected as the new Pope in 1522.

Adrian faced significant opposition from Lutheranism and Ottoman Turks during his reign as Pope. However, he strongly resisted their efforts and is recorded to have attempted a system reform of the Catholic Church’s administration because of the Protestants during his reign.

As of 2021, he was the only Dutch Pope and is among the two Popes who still had their baptismal names after being elected Pope.

Head of the Catholic church

When is Pope Adrian VI's birthday?

In how many days is Pope Adrian VI's birthday?

How old was Pope Adrian VI when he/she died?

When did Pope Adrian VI die?

Where was Pope Adrian VI from?

Pope Adrian VI was a famous Pope, who was born on March 2, 1459. As a person born on this date, Pope Adrian VI is listed in our database as the 46th most popular celebrity for the day (March 2).

People born on March 2 fall under the Zodiac sign of Pisces, the Fish. Pope Adrian VI is the 1249th most popular Pisces.

In general, Pope Adrian VI ranks as the 16736th most popular famous person of all time. “The Famous Birthdays” catalogs over 40,000 famous people, everyone, from actors to actresses to singers to tiktok stars, from serial killers to chefs to scientists to youtubers and more. If you're curious to see who was born on your birthday, you can use our database to find out who, what, where, when and why. You can search by birthday, birthplace, claim to fame or any other information by typing in the search box, or simply browse our site by selecting the month, the day, the horoscope, or any other clickable option.