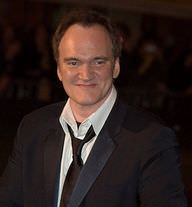 Quentin Tarantino is a filmmaker, screenwriter, and actor whose famous works include Reservoir Dogs, Pulp Fiction, Inglorious Basterds, and Django Unchained. He is widely regarded as one of the most influential directors of his generation.

His film-making career began in the late 1980s. His first film was My Best Friend's Birthday, which he directed and co-wrote with Craig Hamann.

He is the son of Connie and actor Tony Tarantino. He has been in romantic relationships with film director Sofia Coppola, writer Lianne MacDougall, costume designer Courtney Hoffman and comedian Kathy Griffin.

In 2005, Time magazine named him one of the 100 Most Influential People in the World.

A writer should have this little voice inside of you saying, Tell the truth. Reveal a few secrets here.Quentin Tarantino

All my movies are achingly personal.Quentin Tarantino

I always do an all-night horror marathon on Saturdays where we start at seven and go until five in the morning.Quentin Tarantino

I have loved movies as the number one thing in my life so long that I can't ever remember a time when I didn't.Quentin Tarantino

I just grew up watching a lot of movies. I'm attracted to this genre and that genre, this type of story, and that type of story. As I watch movies I make some version of it in my head that isn't quite what I'm seeing - taking the things I like and mixing them with stuff I've never seen before.Quentin Tarantino

I like it when somebody tells me a story, and I actually really feel that that's becoming like a lost art in American cinema.Quentin Tarantino

I look at 'Death Proof' and realize I had too much time.Quentin Tarantino

I loved history because to me, history was like watching a movie.Quentin Tarantino

I'm a big collector of vinyl - I have a record room in my house - and I've always had a huge soundtrack album collection. So what I do, as I'm writing a movie, is go through all those songs, trying to find good songs for fights, or good pieces of music to layer into the film.Quentin Tarantino

I'm not a Hollywood basher because enough good movies come out of the Hollywood system every year to justify its existence, without any apologies.Quentin Tarantino

I've always thought my soundtracks do pretty good, because they're basically professional equivalents of a mix tape I'd make for you at home.Quentin Tarantino

If you just love movies enough, you can make a good one.Quentin Tarantino

It's very important that every movie I do makes money because I want the people that had the faith in me to get their money back.Quentin Tarantino

Movies are my religion and God is my patron. I'm lucky enough to be in the position where I don't make movies to pay for my pool. When I make a movie, I want it to be everything to me like I would die for it.Quentin Tarantino

Movies are not about the weekend that they're released, and in the grand scheme of things, that's probably the most unimportant time of a film's life.Quentin Tarantino

My mom took me to see Carnal Knowledge and The Wild Bunch and all these kind of movies when I was a kid.Quentin Tarantino

Novelists have always had complete freedom to pretty much tell their story any way they saw fit. And that's what I'm trying to do.Quentin Tarantino

To me, movies and music go hand in hand. When I'm writing a script, one of the first things I do is find the music I'm going to play for the opening sequence.Quentin Tarantino

Quentin's birthday is in 265 days

Where is Quentin from?

He was born in Knoxville, Tennessee, U.S..