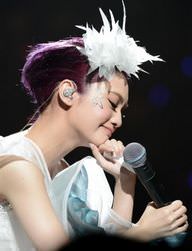 Rainie Yang, as she is professionally known, is a highly-rated Taiwanese actress, singer and television hostess. She’s globally known for her debut album titled “My Intuition”.

She also starred as Xiao You in the 2001 film titled “Meteor Garden''. Some notable films and TV series that she has starred in include:

Her singing career began in the 2000s as a member of the band called ‘4 in Love’.

Some of her most popular albums are titled “Angel Wings”, “Traces of Time in Love” and “Like a Star”.

Until 2007, she was the host for the variety show named “Guess”.

Rainie's birthday is in 119 days

Where is Rainie from?

She was born in Taipei, Taiwan.