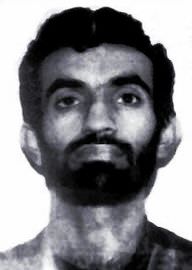 Ramzi Yousef is a Kuwaiti-Pakistani terrorist who gained worldwide notoriety as one of the key terrorists responsible for the 1993 World Trade Center bombing. He was also responsible for the bombing of the Philippine Airlines Flight 434 in 1994. After years of eluding capture, he was finally arrested in Pakistan in 1995 and extradited to the United States where he was tried along with his co-conspirators. He was sentenced to two life sentences.

He is the nephew of Khalid Sheikh Mohammed, the international terrorist who masterminded the September 11 attacks.

Prior to his capture, he and his co-conspirators had planned to assassinate Pope John Paul II and crash a plane into the CIA's headquarters, among other heinous terrorist acts.

He reportedly abandoned Islam and converted to Christianity while incarcerated.

Ramzi Yousef's birthday is in 170 days

Where is Ramzi Yousef from?

He was born in Kuwait.