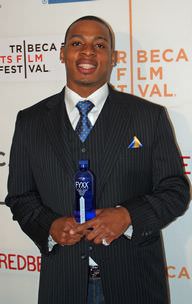 Randy Foye began his career in the NBA in 2006 with the Minnesota Timberwolves after he was initially picked by the Boston Celtics. Mostly used as a shooting guard, the American former basketball star was traded to the Washington Wizards after three years with the Timberwolves.

He also starred for teams like the Denver Nuggets, the Brooklyn Nets, and the Los Angeles Clippers before drawing the curtains down on his career in 2017.

After losing both his parents at an early age, Foye was raised by his grandma. His children are Paige Penny Carter and Christine Foye.

He began playing basketball at East Side High School. He continued at Villanova University.

After his first full-season in the NBA, he was named into the All-Rookie First Team. During his time in college, he won the Big East Player of the Year award.

At birth, he was said to be suffering from situs inversus.

He was featured in PBS’ “9 Months That Made You” documentary.

In 2007, he started a self-named foundation. 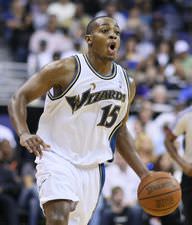 Randy's birthday is in 232 days

Where is Randy from?

What is Randy Foye's height?