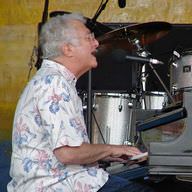 He is an American singer, song writer, composer, and arranger, who is notable for his distinctive early American-influenced songs. His acting career is also one to reckon with. Most of his notable songs include; "You've Got a Friend in Me" (1995), "I Love L.A" (1983), "Short People" (1977), and more. Some of his top ranking songs are noted to have been covered by several artists.

Randy Newman began exhibiting his songwriting skills right from when he was 17. He boasts of having written hit songs for artists such as the Fleetwoods, Gene Pitney, Cilla Black, and more.

His father, Irving Newman was an internist. His mother, Adele Dixie was a secretary. He got married to Roswitha Schmale in 1967, a union that ended in 1985. He got married to Gretchen Preece in 1990. His children include; Patrick, Alice, John, Amos, Eric Newman.

He received the accolade for "Best Original Song" at the Academy Awards in 2001 and 2010.

Newman was awarded the "Best Instrumental Composition" at the 1985 Grammy Awards.

He earned the "Best Song Written for a Motion Picture, Television or Other Visual Media" at the 2003 Grammy Awards.

He picked up the "Outstanding Original Music and Lyrics" award at the 1991 Primetime Emmy Awards.

He was born on his father's 30th birthday.

He is an atheist.

I've always had a lot of respect from the people I respected.Randy Newman

I've worked with a band, and it's nice to have someone to travel around with, but I didn't like it as well on stage.Randy Newman

It's very hard to get rich and famous at a young age and handle it well.Randy Newman

Learn about the world, the way it works, any kind of science and anthropology, it's really an interesting place we live in. Evolution is a really fantastic idea, even more than the idea of God I think.Randy Newman

Randy Newman is a famous American singer-songwriter, pianist, and composer, who was born on November 28, 1943. As a person born on this date, Randy Newman is listed in our database as the 80th most popular celebrity for the day (November 28) and the 142nd most popular for the year (1943).

People born on November 28 fall under the Zodiac sign of Sagittarius, the Archer. Randy Newman is the 1780th most popular Sagittarius.

Aside from information specific to Randy Newman's birthday, Randy Newman is the 13515th most famous American and ranks 607th in famous people born in Los Angeles, California, U.S.

In general, Randy Newman ranks as the 24282nd most popular famous person, and the 2520th most popular singer of all time. “The Famous Birthdays” catalogs over 25,000 famous people, everyone, from actors to actresses to singers to tiktok stars, from serial killers to chefs to scientists to youtubers and more. If you're curious to see who was born on your birthday, you can use our database to find out who, what, where, when and why. You can search by birthday, birthplace, claim to fame or any other information by typing in the search box, or simply browse our site by selecting the month, the day, the horoscope, or any other clickable option.