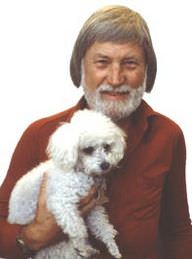 Before his death in 2002, the Grammy Award-winning bandleader and music composer, recorded over several albums and sold 60 million records. He was known as the first arranger to use voices as instruments on his recordings.

He was born in 1916 in Attleboro, Massachusetts to a musician father and a pianist mother. He had his career breakthrough when he was employed by Mitch Miller as an arranger at Columbia Records in the early 1950s.

At the records company, he worked with such artists as Marty Robbins and Johnny Ray. Under his alias, Jaye Raye, he produced several records for the company’s Epic label. In 1959, he formed The Ray Conniff Singers group which released “Somewhere My Love”, which was his greatest hit of that time.

He had 3 children with ex-wife Vera Conniff whom he married in 1968.

He is the father of Tamara Conniff, a music producer and executive who has been associated with Amplified Music Rights.

Ray's birthday is in 31 days

How old was Ray when he died?

Ray Conniff would be 105 years old if he was alive today.