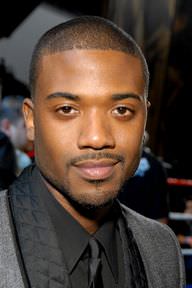 He is an American songwriter, rapper, singer, reality star, entrepreneur and actor. His real name is William Raymond Norwood Jr. He is noted to be the younger brother to sensational singer, Brandy Norwood.

Part of his career highlights include, his participation in the UK reality TV show, Celebrity Big Brother. His passion for media grew right from a tender age of eight when he began auditioning and appearing on several TV commercials and was opportuned to play the role of a foster son in "The Sinbad Show" between 1993 and 1994.

He was born to Willie and Sonja Norwood. He got married to Princess Love in August of 2016 and they both had two children – a daughter in 2018 and a son in 2020.

He recorded a s*x tape video with ex-girlfriend Kim Kardashian which was made public.

He's the founder of Raytroniks – an electronics company.

Where is Ray from?

He was born in McComb, Mississippi, U.S..