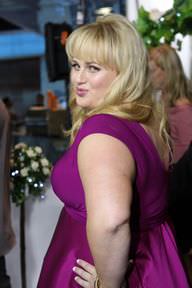 Rebel Wilson is an Australian stand-up comedian, actress, and writer.

After studying at the Australian Theatre for Young People, Rebel Wilson acted in plays. She starred in and wrote The Westie Monologues in 2002. In the mid-2000s, Wilson started working in television, gaining notice with Pizza and The Wedge. After finishing with these series, she wrote and starred in another play called Bogan Pride. Around the same time, Rebel Wilson also was on the improv comedy show Monster House. Among others, Wilson has been in popular films such as Pitch Perfect, Pitch Perfect 2, and Bridesmaids.

Rebel Wilson's birthday is in 364 days

Where is Rebel Wilson from?

She was born in Sydney, Australia.