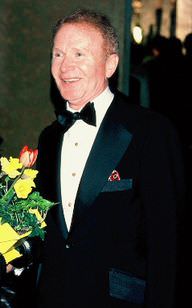 Red Buttons developed a love for acting at an early age and earned his first Broadway role in 1942. His Joe Kelly role in the 1957 film “Sayonara” established him as one of the most admired American actors of his era. He went on to star in films like “Harlow” and “The Longest Day”.

His name at birth was Aaron Chwatt and he spent part of his early years with his parents Michael Chwatt and Sophie Baker. He was married three times. After divorcing Roxanne Arlen in 1949 and Helayne McNorton in 1963, he tied the knot with Alicia Prats in 1964. He was blessed with two kids.

He won the “Best Supporting Actor” accolade at the Academy Awards in 1958. His other laurels included Golden Globes, and the Laurel Awards. He was also honored on the Hollywood Walk of Fame in 1960.

Buttons was employed at Minsky's Burlesque in 1939.

He was the host of the television show “The Red Buttons Show” which premiered in 1952. 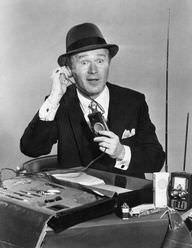 How old was Red when he died?

Red Buttons would be 103 years old if he was alive today.

Where was Red from?