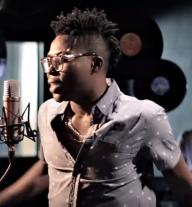 Reekado Banks is a Nigerian singer who was originally born Ayoleyi Solomon. He began recording songs when he was very young but had his breakthrough in 2014 when he landed a major record deal with the Nigerian-based label, Mavin Records. That same year, he skyrocketed to fame following the collective release of the song, "Dorobucci" - which featured his fellow record mates like Don Jazzy, Korede Bello, and Tiwa Savage.

After having won the hearts of many fans with his subsequent chart-topping songs, he dropped his first studio album, "Spotlight" in late 2016 - which peaked at the 10th spot on the Billboard World Albums chart. Some of his notable songs include "Katapot" (2015), "Oluwa Ni" (2016), "Happy Yourself" (2020), and others.

He has a brother named Temi Solomon.

He received a degree in History and Strategic Study from the University of Lagos, in 2014.

Reekado Banks' birthday is in 64 days

Where is Reekado Banks from?

He was born in Lagos, Nigeria.