Title
One of the painters commissioned to make a ‘Batavian’ painting for the new Amsterdam town hall was Rembrandt van Rijn (1606-69). Rembrandt chose the moment of the oath of the Batavians in the sacred grove, as described by Tacitus, Histories IV, 14. Civilis, with crown and sword, is the main protagonist of the composition. Unlike his fellow painters, Rembrandt decided to depict Civilis with one blind eye, as some of the sources had described his appearance. In 1662 it was reportedly on display at the town hall, but shortly afterwards, it was removed from the building. The painting, originally measuring more than 5 by 5 metres, was reduced to about 2 by 3 metres, which incidentally makes Civilis`s blind eye more clearly visible.
Author
Rembrandt
Source
http://commons.wikimedia.org/wiki/File:Bataafseeed.jpg
License
Public domain

Rembrandt Harmenszoon van Rijn was a Dutch painter. His body of work was created during the Dutch Golden Age.

He is regarded as one of the greatest painters in Europe and the most important in Dutch history. He has been called "one of the great prophets of civilization". For twenty years, he was the teacher of many important Dutch painters.

He was married to Saskia van Uylenburgh until her death. They had 4 children together, but only their fourth survived into adulthood. His next partner was Hendrickje Stoffels, but they were never married.

Title
Portrait of Johannes Wtenbogaert (1557–1644), remonstrant minister, at the age of 76. Standing, at half length, gloves in hi right hand, his left hand on his chest. To the right an open book stands against the wall. In front of it a broad-rimmed black hat is placed.
Author
Rembrandt
Source
http://commons.wikimedia.org/wiki/File:Johannes_Wtenbogaert_by_Rembrandt_van_Rijn.jpg
License
Public domain 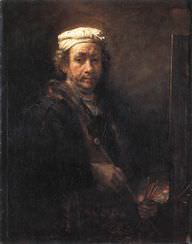 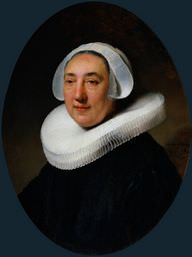 Rembrandt was a famous Dutch painter, who was born on July 15, 1606. As a person born on this date, Rembrandt is listed in our database as the 4th most popular celebrity for the day (July 15).

People born on July 15 fall under the Zodiac sign of Cancer, the Crab. Rembrandt is the 244th most popular Cancer.

Aside from information specific to Rembrandt's birthday, Rembrandt is the 15th most famous Dutch and ranks 1st in famous people born in Leiden, Netherlands.

In general, Rembrandt ranks as the 3033rd most popular famous person, and the 7th most popular painter of all time. “The Famous Birthdays” catalogs over 25,000 famous people, everyone, from actors to actresses to singers to tiktok stars, from serial killers to chefs to scientists to youtubers and more. If you're curious to see who was born on your birthday, you can use our database to find out who, what, where, when and why. You can search by birthday, birthplace, claim to fame or any other information by typing in the search box, or simply browse our site by selecting the month, the day, the horoscope, or any other clickable option.