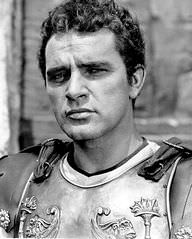 Richard Burton was a Welsh actor.

He began his career as a Shakespearean actor in the 1950's, before becoming a Hollywood legend. During the 1960's, he was the highest-paid actor in the world.

He received a Star on the Hollywood Walk of Fame in 2013.

He was married 4 times and he had 4 children. His second wife was actress Elizabeth Taylor and their marriage attracted much media attention. Kate Burton, his daughter, is an Emmy and Tony nominated actress.

He was an alcoholic. He died of Cerebral haemorrhage at the age of 58.

Title
Screenshot of Ava Gardner and Richard Burton from the trailer for the film The Night of the Iguana (1964).
Author
Trailer screenshot
Source
http://commons.wikimedia.org/wiki/File:Ava_gardner_night_iguana.jpg
License
Public domain

Richard's birthday is in 86 days

How old was Richard when he died?

Richard Burton would be 96 years old if he was alive today.

Where was Richard from?

He was born in Pontrhydyfen, Wales, UK.