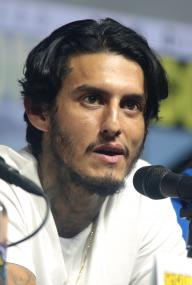 Cabral is an award-winning actor, who is mostly acknowledged for his performance in FX's crime drama series, "Mayans M.C." where he played Johnny "El Coco" Cruz.

He was born into a rough Mexican society, where he engaged in dangerous activities, including becoming a gang member at the age of eight. By the time he was fifteen, he had been jailed and had grown serious addiction for cocaine.

His wayward life subsequently landed him in prison, till he was freed at twenty-five. He finally kicked off his acting career in 2009, and one year later, he had secured a role in the 2009-2010 drama series, "Southland".

He got married to Janiece Sarduy in 2014. As of December of 2020, he is noted to have four children.

Cabral's role in "American Crime" earned him the "Best Ensemble – Television Series" at the 2016  Satellite Awards.

He received a nomination for the "Best Supporting Actor in a Motion Picture or Miniseries" at the 2015 19th OFTA Television Awards.

He got nominated for the "Outstanding Supporting Actor in a Limited Series or Movie" at the 67th Primetime Emmy Awards.

He speaks English and French fluently.

Richard's birthday is in 272 days

Where is Richard from?

People born on August 28 fall under the Zodiac sign of Virgo, the Virgin. Richard Cabral is the 3205th most popular Virgo.

Aside from information specific to Richard Cabral's birthday, Richard Cabral is the 19175th most famous American and ranks 571st in famous people born in California, U.S.

In general, Richard Cabral ranks as the 37540th most popular famous person, and the 4548th most popular actor of all time. “The Famous Birthdays” catalogs over 40,000 famous people, everyone, from actors to actresses to singers to tiktok stars, from serial killers to chefs to scientists to youtubers and more. If you're curious to see who was born on your birthday, you can use our database to find out who, what, where, when and why. You can search by birthday, birthplace, claim to fame or any other information by typing in the search box, or simply browse our site by selecting the month, the day, the horoscope, or any other clickable option.