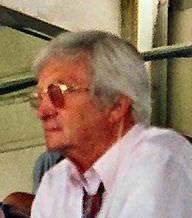 Born to a family of cricket lovers, Benaud was Australia’s Test cricket all-rounder who played to restore the country’s lost glory in the 1950s and 1960s. For his numerous achievements and contributions in the sport, he was honored with an OBE (Order of the British Empire) in 1961.

He joined New South Wales Colts in 1948 as a batsman, recording one of the fastest Tests of 100 runs at 78minutes against West Indies.

In the 1957/58 season, he made his career highest Test score of 122 against South Africa and also recorded his best bowling effort against India.

After retiring from cricket, Benaud became a commentator for such firms as UK’s BBC, Channel-4, and Nine Network. He also authored a number of books about his career and cricket in general. Examples of his works include “Test Cricket”, “The Ashes” and “The Way of Cricket”.

Benaud was honored with a Logie Award for Most Outstanding Sports Broadcaster in 1999.

Among others, Richie Benaud was inducted into the Australian and ICC Cricket Halls of Fame.

In 2018, he was posthumously inducted into the Sport Australia Hall of Fame.

The Australian cricket player passed away on April 10, 2015, aged 84. He had been battling skin cancer in his later years. Per his wishes to have a private funeral, a state funeral had to be scrapped off.

Benaud was married twice – first, to Marcia Lavender, with whom he had two children – Jeffery and Greg. Following his divorce from Marcia in 1967, he got married to Daphne Surfleet.

Title
Test batting chart of Richie Benaud. Red columns are the runs in the innings. Blue dots indicate not outs. Blue line is average in the last ten innings. Thanks to Raven4x4x for providing the template.
Author
YellowMonkey at en.wikipedia
Source
http://commons.wikimedia.org/wiki/File:Richie_Benaud_graph.png
Attribution
YellowMonkey at en.wikipedia
License
CC-BY-SA-3.0

Richie's birthday is in 7 days

How old was Richie when he died?

Richie Benaud would be 91 years old if he was alive today.

Where was Richie from?

He was born in Penrith, New South Wales.