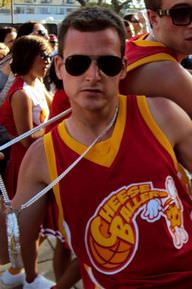 Rob Dyrdek is an American professional skateboarder who first acquired his sponsorship at the young age of 12, after just previously being given his first skateboard a year before, and eventually forgoing his high school education in favor of pursuing his career in professional skateboarding. He is sponsored by Alien Workshop (which he also owns), DC Shoes (then-known as Droors Clothing when Dyrdek got his sponsorship), Silver trucks, and Monster Energy.

Dyrdek is also well-known for his roles in the reality television series Rob & Big and Rob Dyrdek's Fantasy Factory, as well as the comedy clip show Ridiculousness, where he serves as the primary host.

Where is Rob from?

He was born in Kettering, Ohio, U.S..