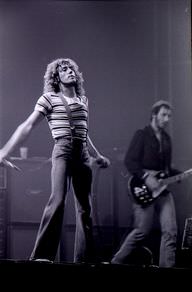 British musical artiste, actor, and film producer, Roger Daltrey is popularly known for having jointly founded the English rock band, "the Who" in 1964. While he was still a part of the said group, he started off his independent career in 1973, and has gone on to drop several studio albums.

He was born to father, Harry Daltrey and mother, Irene Daltrey. His siblings are Carol and Gillian Daltrey. He was briefly married to Jacqueline Rickman between 1964 and 1968. He tied the knot with model, Heather Daltrey in 1971. His children are namely; Simon, Rosie, Willow, Jamie and Mathias Daltrey.

In 1988, he was honored with a "Lifetime achievement award" by the British Phonographic Industry – he also received the same award from the Grammy Foundation in the year 2001.

He received a "Lifetime Musical Achievement" award at The George and Ira Gershwin Awards in 2016.

He picked up the "James Joyce Award" from the Literary and Historical Society of University College Dublin in 2009.

He was thrown out of school for tobacco smoking.

He is a fan of Arsenal F.C.

Daltrey was diagnosed with vocal cord dysplasia in 2010.

He earned an honorary degree from Middlesex University in 2012. 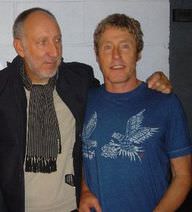 Roger's birthday is in 25 days

Where is Roger from?

He was born in Hammersmith, London, England, UK.