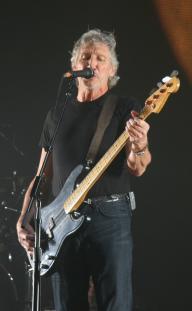 Roger Waters is a British musician and songwriter. He is best known as a member of the rock band Pink Floyd. At first, he was the band's bass player. Then, he became their songwriter and lead vocalist, along with Syd Barrett. He has released 4 solo albums and 15 albums with the band.

He is regarded as one of the most iconic pop and rock musicians of all time. Pink Floyd has sold more than 250 million albums worldwide, while they were inducted into the Rock and Roll Hall of Fame in 1996.

He has been nominated for 5 Grammy Awards with Pink Floyd (1 win), 1 World Music Award and 1 American Music Award.

He has been married 4 times and he has 3 children. His son, Harry, is also a musician and he has played keyboards with his father's band since 2006.

Roger's birthday is in 337 days

Where is Roger from?

He was born in Surrey, England, UK.