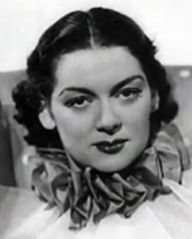 Rosalind Russell was a bright, captivating, and endearing actress who devoted her nearly four-decade career, portraying a variety of characters on stage and in films. She was the recipient of five Golden Globe Awards, a Tony Award, and the Academy of Motion Picture Arts and Sciences' Jean Hersholt Humanitarian Award in 1973.

She came to fame, starring in the drama film "West Point of the Air." Following her success, her career gained a huge boost when she starred in the film “The Women”. Her greatest breakthrough came when she played Hildy Johnson in the comedy classic "His Girl Friday," propelling her into one of the most memorable female figures in cinema history.

She came from a well-educated and wealthy household. Her father, James Edward Russell, was a well-known attorney, and her mom, Clara A. Russell, was an editor, who worked with popular magazine Vogue.

She was married to Frederick Brisson and had a son called Lance Brisson.

She was a Democrat who was a strong supporter and long-time friend of Dwight D. Eisenhower.

In 2005, she was elected to the Connecticut Women's Hall of Fame.

She was a devoted Catholic.

She died as a result of breast cancer.

Rosalind's birthday is in 300 days

How old was Rosalind when she died?

Rosalind Russell would be 115 years old if she was alive today.

Where was Rosalind from?

She was born in Waterbury, Connecticut, U.S..